It all started that day …

Peter is developmentally disabled. He lives together with 30 others who also have a developmental disability. 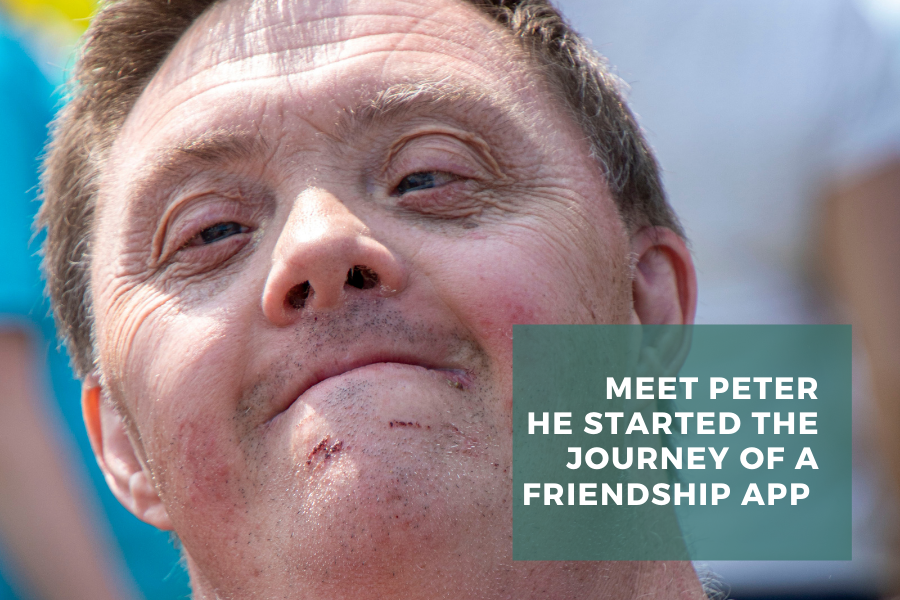 I was so lucky to be invited to visit Peter in his new apartment. When I walked in, it was like I stepped into a big dream of fishing. All the walls were covered with posters of fish,fishing and fishing gear and there were piles of books and magazines all about fish and fishing.

Peter told me that he watched all the shows about fishing on TV and that he dreamt of standing on a fishing boat pulling one big fish out of the sea after another.

“I look at all the pictures in my books and magazines and then I dream,” he said and struck out with his arms against the stack of books and continued “I can’t read many words, but I can spell cod”.

Peter is 40 years old and does not have many friends, and those that he has are not in the least bit interested in fishing. Peter’s best friend is his contact educator. And they have tried to get Peter in some online groups about fishing, but because Peter needs help to read and write. He is dependent on the contact educator to keep the online communication going. But often, there is no time to help Peter with his reading and writing. Communication dies out quickly and Peter is once again without a community around his greatest interest.

Peter’s story hurt my heart. The idea of being completely alone and not having someone to share what you are most passionate about, what you dream so strongly about, was almost unbearable.

I thought to myself, “We have to do something, so that Peter can go fishing!”

And right there in Peter’s apartment, the idea for the friendship app came up.

Here, Peter could be able to meet others with the same great interest in fishing. It could be in his local area, or it could be from other places in the country. They should communicate with video and audio messages and Peter could also have the opportunity to find out what’s going on in sports, music, events, teaching, etc. in his local area that might be of interest to him

Maybe he could even find a new friend in his local area who also loves fishing. Maybe they could even go fishing together on a fishing boat, pulling one big fish out of the sea after another.

The first interest I wrote on the very first piece of paper about the app was: Fishing.